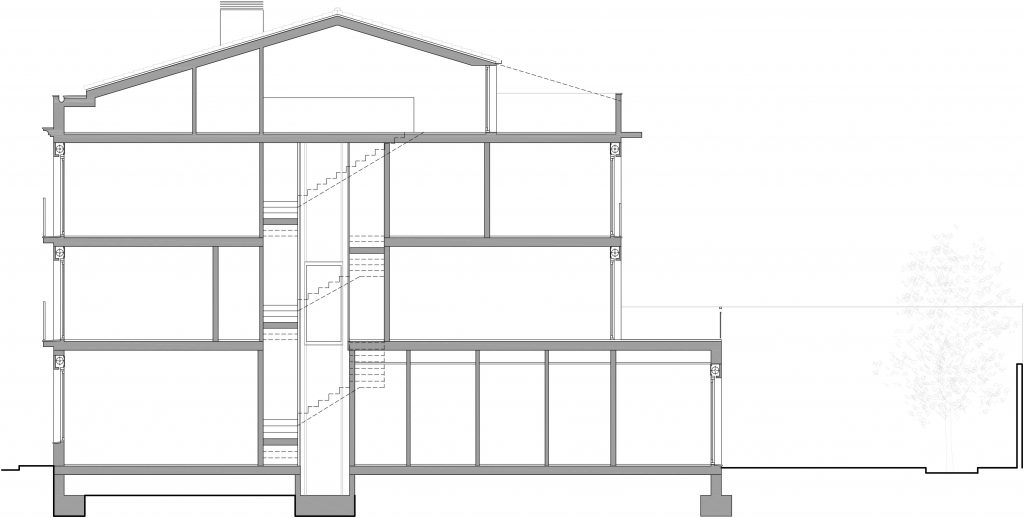 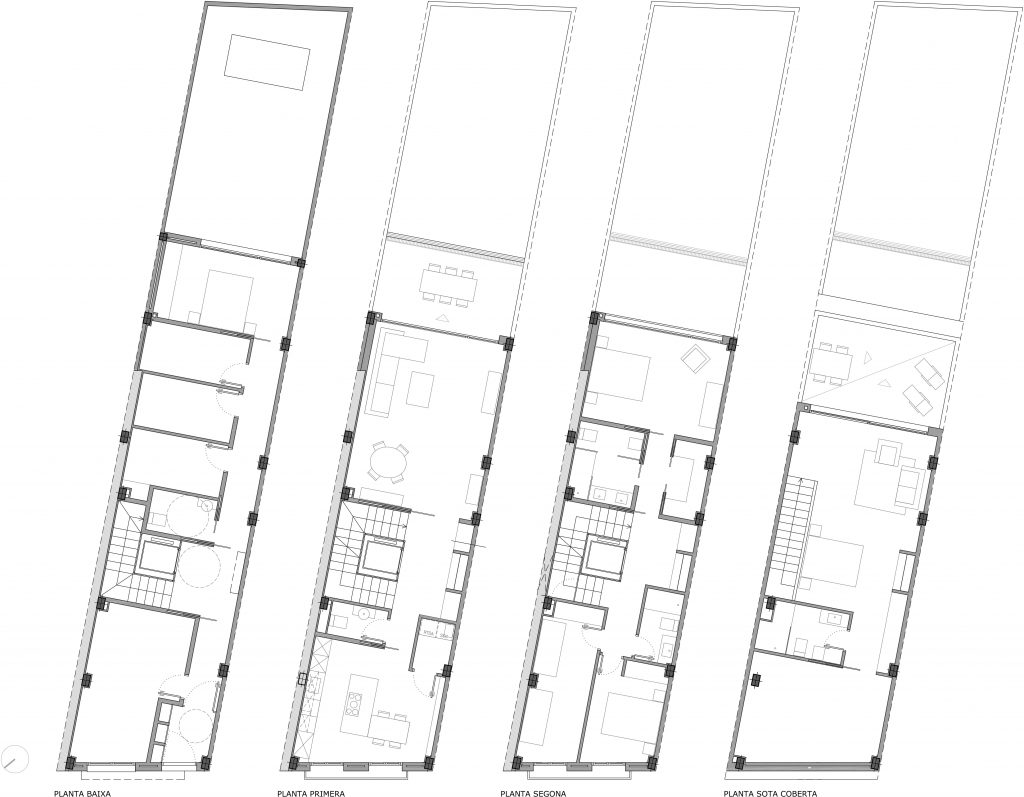 The footprint of this property, located in Mataro’s old quarter, is in the form of an elongated trapezoid, and is situated between the dividing walls of the two adjacent residences–one a being multi-family building and the other a single-family residence.  There is no significant slope and the building’s facade is right on the street line.

At the request of the clients, the building has been organised into two independent blocks: at street level a commercial space facing onto the street and a natural therapies area exiting directly to the rear patio.  Above this, the second and third floors along with the attic level serve as living spaces.

The layout of the house is organised around the central core, consisting of a staircase and elevator. The elevator shaft is encased with glass to transmit a sense of transparency and openness while providing the adjacent staircase with natural light.

On the second floor there is a succession of open spaces leading back from the street façade to the rear, including a kitchen, dining room and living room.  These benefit from sunshine and natural light as well as providing access to the terrace and the lower-level patio.

The third floor features an en-suite bedroom and dressing room facing the back, and two bedrooms looking out through the front façade. In the attic there is flexible multi-functional space, initially planned as a studio but with the possibility of using it as a second suite, with a fully equipped bathroom and additional privacy with a glass partition from the stairs.

The façades are finished with a traditional construction system, and in turn, their composition and style correspond to that typically found in Mataro’s old quarter. For the rear facade the same construction system was selected but here large windows and doors were incorporated to enjoy views of the rear patio and to allow natural light and sunshine into the building.