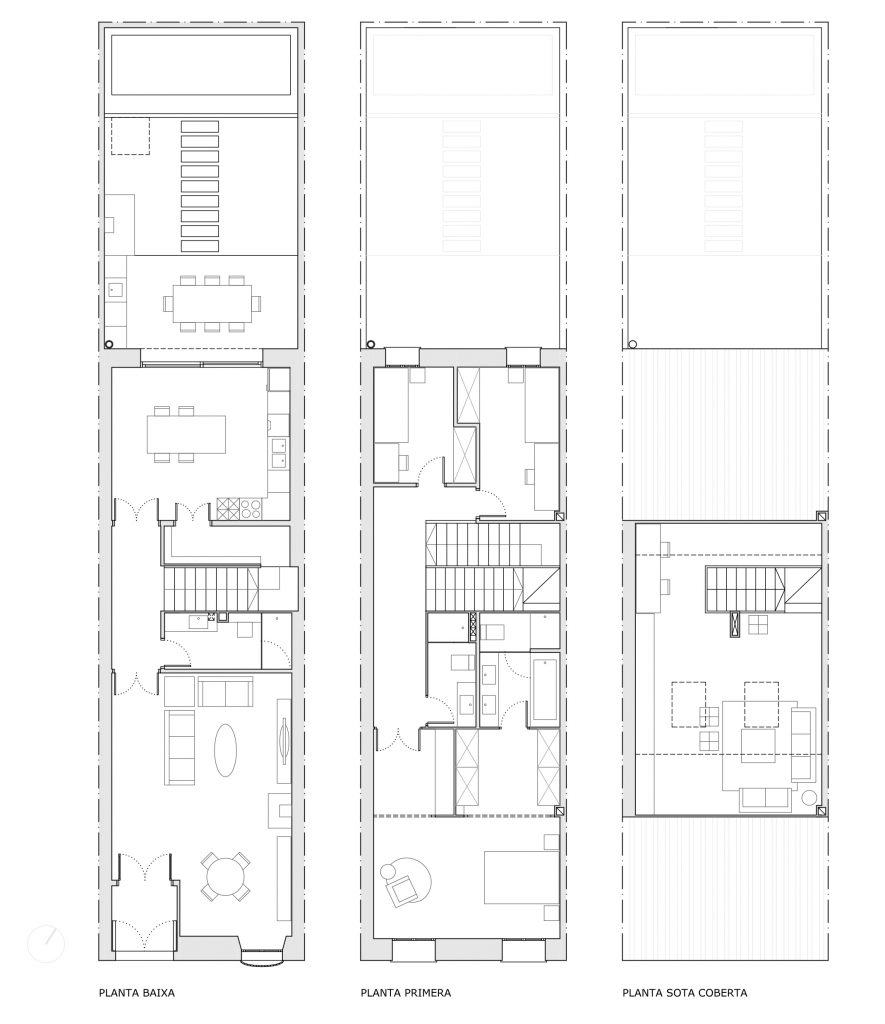 This project was the renovation of a ‘casa de cos’, a traditional style of town house from this area. The building had previously been extended with an auxiliary building which occupied almost the entire back yard. The house is located in the older central section of Vilassar de Mar and is approximately 125 years old.

The project has maintained the original style while highlighting some of its distinctive features such as the façades, the vaulted structure over the stairs and the ceiling of the ground floor, where the plaster covering of the vault was removed, leaving the brick tile visible.

On the ground floor, the auxiliary building was demolished to open up the back garden and two new windows have been installed, front and back, to bring in more light and a greater sense of spaciousness. The ground floor contains the living area, with a spacious living room at the entrance, a bathroom and the original stairs. At the rear of the house there is a large kitchen which opens onto the back garden through a spacious doorway.

The first floor contains the bedroom areas, with a suite at the front and a walk-in closet; two single bedrooms in the back, with the top of the stairs and a bathroom in the central section.

A new wood-beamed roof has been built substituting the original which was in a very poor condition. The slope was increased to allowed for the creation of a studio lit with skylights.